An Average Anime or Manga Recommendation Thread by onion

An Average Anime or Manga Recommendation Thread by onion

Hello my name is onion and this is something different. Anime recommendation/review blogs were something I've always been interested in so I decided to make my own because I'm really cool.
Each week or bi-week or whenever I feel like it, there will be a giant paragraph pertaining to whatever show/comic I feel like. It could be really popular. It could be unknown. It could be extremely bad.
Whatever the case I hope you'll get some amusement out of it. Or not.
Note: I won't be covering 100% of something, mostly just the thing that caught my interest

Today's Japanese cartoon aimed at young children will be: 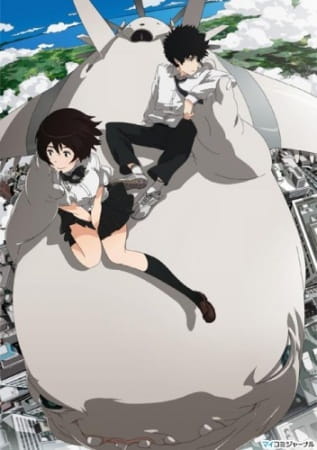 Have you ever been to a really sleazy looking restaurant, ran only by the chef and a waiter? Have you ever decided "Well I guess it won't be that bad" and ordered what could possibly be the most awful meal you'll ever eat in your life? Was the greasy, smelly, almost unappetizing plate of mystery meat actually kind of good? That's what Cencoroll is in a nutshell. (this is a horrible analogy.)
A good experience open in a shady alley somewhere with no Yelp article.
Cencoroll is a rare occurrence in the world of anime with it's weird premise and giant sperm monsters. The story is about schoolgirl Yuki's chance meeting with schoolboy Shuu and his magical giant blob of rice named Cenco who has the ability to transform into whatever he's eaten. This chance meeting slowly turns into an all out battle between another dude and his magical bag of rice who also has cool powers.
First and foremost, this 26 minute film isn't suited for everyone. Because if it was I wouldn't be here talking about it. Instead of big battles and "The Power of Friendship." That most shows with monster friends usually focus on, Cencoroll instead showcases the many different relationships that come from owning a giant transforming pile of lard, the most interesting being the symbiotic relationship between Shuu and Cenco (the monster). From the get-go, it's quite obvious that Shuu and Cenco aren't partners because they find eachother appealing, heck the animation even shows it through Cenco's grumpy expressions of utter annoyance at Shuu's orders. And Cenco could literally just bite off Shuu's head if you asked me but doesn't out of the fact that he needs Shuu to fend off from other giant sperm monsters. And this is where this anime truly shines. From great characters to great dialogue, Cencoroll's amusing yet complicated relationships make this sleeper hit of an anime worth recommending. So if you like a story with an emphasis on characters rather than action, Go watch Cencoroll. It's only 26 minutes, what do you got to lose?


I'll applaud you if you read all that rant. Tune in next time when I decide to write another one of these about another random anime or manga.

What. The. I. What. This anime sounds so creepy. D: I had to Google it to verify it was really what you were saying. XD

"Today's Japanese cartoon aimed at young children will be"
YOUNG CHILDREN. I
THAT
THAT WAS MISLEADING.
I.
I DON'T KNOW WHAT TO SAY ABOUT THIS
SPERM MONSTERS WHAT.
MAGICAL GIANT SPERM MONSTERS. I

Hello my name is onion and I'm back to write a crappy anime/manga/comic review recommendation thing.

This week's anime manga thing is: After-school War Activities
Did you know that my generation might be the first generation to graduate college without a war happening overseas? War is everywhere. It's a namesake etched into what being the world's police force (the United States) is. And while war stories are pretty common, most manga or anime do a piss poor representation of what war truly is. But then a Korean comic manhwa artist made this thing and now I can't sleep at night knowing a fictional character is going through PTS disorder.

Let's start off with the basics that if you do't like death or blood or bonding with completely fleshed out and realized characters, you're not going to have a fun time on this joy ride of emotions. After-school War Activities is a manhwa about schoolkids going to war. While the premise may seem a bit cliche and a bit average, it's not. I mean I'm writing a bunch of paragraphs about why you should read it, would i recommend something bad?
The story itself is about a bunch of rag-tag school goers living in a pre-apocalyptic world where HUGE BALLS are attacking the nation of Korea and since the military is running out of people to send in and die, they offer the role up to teens in school so that they can get extra credit for high school, I think. I don't know the Korean school system.
What really makes the story something great is how well the writing, the art, and the dialogue is executed to truly flesh out these characters. Almost everything is tailored to make each character unique and a living breathing thing inside these manhwa pages. And by the end you'll love them and hate them and see what kind of world they have to live in and what choices they'll make because war is something that'll break the biggest of men. And you'll see how war will break each one of them and by the end. And that's why I recommend After-school War Activities. For it's war setting and it's great characters. It truly is a story about the various sights of war.
tune in next week when I write about something else!

hello my name is onion and I'm here to tell you your favorite anime is sh*t.
no but seriously it's time to recommend another stupid anime. Who even reads these anyone. I don't know. 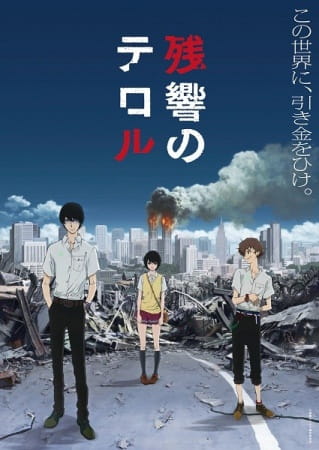 Today we'll be talking about Terror in Tokyo, a very recent anime that ended yesterday, that tells the tale about what would happen if Rei and Nagisa from Free! were terrorist geniuses.

So let's get this out of the way, f you picked up this anime expecting Cowboy Bebop levels of great story and characters because Watanabe and his giant name was written all over it then be fairly warned this does not satisfy those kind of needs.
With that out of the way, Terror in Zankyou no Terror is about two teenaged terrorists blowing stuff up. Then things happen and the plot thickens and twists and turns and I can't say anything because that would be spoiling a pretty good animu. Throughout the 11 episodes of this giant game of cat and mouse between the police force and this evil genius duo, the linesof morality and right and wrong are blurred to the point of obscurity. In this show there IS no villain, only people. Actually no let me take that back. This this anime EVERYONE is the villain, all of which are just normal people fighting for their own selfish rights and by the end of it we're only left with a melancholic ending that settled most thing if kind of in a deus ex machina sort of fashion. Though this anime isn't perfect, it's still enjoyable to watch plus if you like Watanabe and his other famous works, this one might not be as good but it's not that bad.

ZANKYOU NO TERROR WAS THE BEST THE FEELINGS JADHAJKD </3

the soundtrack is also worth checking, it's amazing!

it'S CENCOROLL/ They're getting a sequel soon! o: sperm monsters yeh.
anD THEN THERE"S ZANKYOU NO TERROR. I CAN'T HANDLE THAT ANIME. AJKFLNSJKHG-- 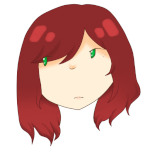