So I've been able to get away with using my laptop's built-in mic for like a million years, and it sounded pretty fine. It wasn't really high quality, but it sounded ok. No random clicks, no distortion, no problems at all.

But I recently updated my OS to 1.8.3 (from 10.6.8 ) and it's just... Not the same >_> Even under similar settings. It sounds distorted, there are lots of loud clicks in my recordings (none of which are actually sounds being picked up by my mic, there's just kind of errors?)

Example (recording sensitivity lives at about 70% - it DOES always pick up fans, that's not the issue I'm talking about)

This is same settings, same sensitivity, etc. Old version, pre-update, then old. It sounds a lot like there's a noise removal in effect - But I disabled that, and there was no change when I tried recording again. idk ;___;

Does anyone know if anything regarding the mic actually changed? At this point I'm kind of stuck getting a new mic... But idk if I can afford one right now... .-.

I'm not a mac person but I do think it would save you a lot of time and effort to just buy a microphone, because one way or another, you're going to upgrade anyway. xD 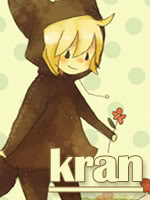 So, as it turns out, my mic needed to be cleaned. It was coincidental timing, but cleaning did the trick. It took a while to find a needle to use, but yea, cleaning built-in mics on mac: Poke a needle into the holes a few times and it'll dislodge any dust. Compressed air also works, apparently.