How to remove background noise without it sounding weird?.....

How to remove background noise without it sounding weird?.....

Hi there~ It's been a while~
Anyways, I wanted to know, is there any other way or any other software which I can use to remove background noise? I use Audacity but then when the noise is removed, my vocals sound really crappy and it totally ruins the whole thing...

I know this question is really weird, but I'm really desperate about this so please help if you can ^^;;; 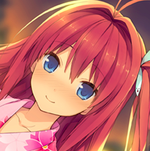 With Audacity, if you do noise removal and then add some reverb to your voice, it can usually counteract/mask the damage the noise removal has done. Also, if you 'get noise profile' using a section that is only white noise and has no breaths in it, it shouldn't effect your vocals too much.

I know that wasn't exactly the answer you were hoping for, but hopefully it helped a little bit.

There's a few things. I recommend only reducing the noise by 8 dB, if you can get away with that little. For me, that removes the majority of the noise, while producing the least amount of random digital sound (My go-to settings are -8dB, Sensitivity 6, bands 0). Remember, even with a bit of white noise in the track, it's often covered up by the instrumental!

Other than that, you can use an equalizer tool in any live workstation to find the frequencies that are producing the white noise and reduce them (again, only by a small amount, otherwise your recording will sound tampered with!)

As SNF said, adding a bit of reverb to your vocals will also help to cover any digital sound caused by the Noise Removal, or any residual white noise. Of course, don't go overboard-- reverb should be mainly used to make your vocals sound like they're recorded in a real space, instead of into a microphone. If you use it with the foremost goal to mask noise, you'll probably end up masking your vocals, too, and end up with a sludgy, wet, mess!

If you're struggling with mic pops, I've found you can usually run your track through a highpass filter (which lets the high frequencies pass through!) at around, oh, maybe 300hz, and that will remove the majority of bumps without compromising the quality of the vocals very much. Move the cutoff around to suit your own case, of course. In fact, some producers roll off both the extreme low end and extreme high end on their vocal tracks, to reduce inaudible noise (think of this as frequencies that interfere with the other instruments and reduce THEIR quality, even if you can't actually hear that noise in the vocal recording itself) and make space for other instruments in the mix.

Lastly, if you're suffering from random occasional noise-- bumping your mic cable, your brother slamming the door on his way in from school, an exceptionally loud plosive consonant that really shouldn't have been-- you can use Audacity's Envelope tool to quickly duck these out to a level where they don't stand out in the mix!

That's all my noise tips off the top of my head.
But yeah, the main thing is to get an EQ where you can isolate the noise frequencies, identifying them by turning them up at first, then turning them down to a point where they won't be noticeable in the mix.

PS
Hopefully you're just doing this on your own solo projects, or projects you're mixing? If you're sending in vocals to a mixer/producer, your best bet is probably to send them in dry and let them worry about it. I'm always wary of recommending people in this community apply reverb to anything, because your while your mixer can add reverb onto a dry track if it really needs it, there's no way to take it off if it's too heavy! 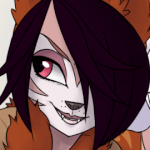 Thanks so much to the both of you! ^^ Your advice really helped a lot, I'll be sure to follow these tips in the future >w<