Listened to 隔離病棟. >w< I liked it! It was super nice! The harmonies hit just the right spot.

I think my only suggestion would be maybe you could vary the tone of your voice throughout the song. There are a few parts that might have sounded better if they were a bit softer and gentler, like at 0:15 and that slightly muffled part at 1:55. I might be phrasing weirdly. << Does that make any sense?
__________________________

omg thank you so much <3

aahhh i love to read your comments because you always have something for me to work on, and that's what i want, feedback *w*

i totally understand what you're saying tbh i think the same thing, im too 'flat' sometimes, but im so afraid that my voice "cracks" that i ended up "giving power" in the entire song, damn ; A ; xD
guess i dont work well for soft songs xDD

gotta work on it! thank you so much for your comment! <3

and this is my latest cover!
critiques are very appreciated!

also, my cover of daze got copyrighted so im leaving here the new link:

Oooh! You did a great job with varying your voice's power in this newest cover! I really liked the non-chorus parts! Especially when you went "nai sa~" and something that ended with "ba".

Also! Are you able to put more power in the chorus though? If you can't, then never mind. I know I'll try to put a lot of power sometimes, but when I listen to it, it still sounds really flat. XD But yeah, if you're able to, I'd put more power as you build up towards the chorus. It sounded like you were aaaaaaaaaalmost there. If you aren't able to build up, maybe you could add a little extra when you're right about to hit the chorus for that extra zing.

I think it was just the build-up to the chorus. The actual chorus part sounded fine. xD So don't get me wrong.

I guess most of what I suggested are also more stylistic choices though, so if you're not comfortable with doing them, feel free to ignore. XD

omg I don't mind at all you commenting here or there, actually I really appreciate your comments because they're so useful!So, first of all, thank you so much for taking time listening and commenting!

I totally get what you say, I think I have a problem with voice flatness xDD I can listen it in several of the songs that I sang before, specially the Night series, that are more powerful and now they kind of sound wrong to my ears when I listen them.
Also, another of my problems is the mix. My possible remaining "built-up" (xD) is lost during mix x'D

I'm not very adventurous when singing because I'm afraid to screw up in the higher notes? So I end up singing everything flat xD I think you had already told me this before (if not, it was someone, so it's a proof you're totally right) xDD

I'll try to be more adventurous and sing with less 'fear'!

Once again Aerlith, THANK YOU VERY MUCH!!
I really appreciate these comments of yours <3

and this is my latest cover
still can't mix

I'm going to just make comments as I listen to the song. Which is.. pretty much what I always do, so expect some rambling.

Anyway, I think it's quite admirable taking on all these different types of songs when you say you can't mix. It's quite a lot of trial and error and just like, WHAT AM I DOING. So yeah. Good job there! You're already being adventurous!

That saying, since it is this type of song, you probably could have added some effects at the very beginning, but that may be because I'm still in daze dj-Jo mix. xD Okay, most likely is because of that. So you can probably ignore this comment.

Ahaha I like that effect at 1:42. Was that in the original song or not? If not, it was an excellent choice!

I think my favorite part was probably around 2:43. It fit that part of the song really well! My only complaint is that it was a bit hard to hear you, especially when the instrumental got louder. Maybe gradually increase the volume of the vocals with the instrumental? I'm not sure if the softness of the vocals was intentional or not though. But yeah, there doesn't seem to be a lot of build-up naturally in the song, so that would have been a really cool place to just BAM. Hit the listener. That or do the softer vocals for most of it, but make the last line regular volume?

Also, as an extra thing, maybe equalize drums a bit in the future? They were kind of loud. @_@ Drowned you out a few times, especially at the chorus part at ~0:50ish. It may be because I'm not using headphones though.

Okay. Signing out now. xD Great job on the cover!

woah, another big comment! asdhajkas
I love your comments and I need to thank you for taking the time to listen and comment!

woaaaah, thank you very much!
Like you say, it's trial and error. I don't feel comfortable as a mixer when I see a lot of people mixing and actually knowing the theory of it xD I just read this and that and usually go with what sounds right xD

ahah I actually considered adding more effects, including in the beginning! xD
I rendered it a lot of times with different settings, but I decided to stick with a mixing closer to the original, that's why 2:43 has those fancy effects (my imagination sucks ; A ; ) xDD
I'm glad you liked it *w*
And yes, it's lower in the original, that's why I kept it lower, but it would be a good idea to do what you suggest! Maybe I should be (even more xD) adventurous, then? x'DD
Also, the 1:42 is in the original, but an octave lower. Since I can't go that low (and didn't want to change the pitch because it would sound un-natural) I decided to keep it in the same key of the melody x'D (like I said, imagination lmao)

AND OMG YES!
Working with the off-vocal has been the most difficult thing so far!
I find it so difficult and I really hope I can't improve in the future!

And other mistakes, like, in the bridge before the last chorus, there's a freaking wrong note there that I couldn't make sound right xD That reminds me, I really need to thank you for your tutorial on tuning! I didn't use it much, but it helped me fix one or two parts- thank you!!

And thanks for your (titan) comment omg these are the best!!

that's it, expecting titan comments aaha
i should actually give some feedback too

WOAH GURL
I LIKE THAT POWER, THAT CLARITY,THAT ACCURATE REVERB, GURL HOW DO YOU EVEN MIX. Damn gurl you were pretty able to stay on pitch and tune. You also used different vocal techniques like vibrato around "nani mo miezu ni", "boku nante sa" and "oboete te", and transitions between the head voice and belting. Your breath support was pretty good too, considering I could hear how you could sang so powerful and let out so much air to sing like the parts where you did "iki wo tomete" and 'yurete, yuganda sekai ni tatta boku wa'. *^* I also like how you did a little bit of voice twist around 'boku no koto wo". The reverb was just right over there as well. *o*

Albeit, it starts to get a little bit harder to hear you around the 'kowaseru, kowasenai' part. The timing starts to get a tiny bit off as well by a few milliseconds as it didn't sound as smooth as the first half of the song. There were little pauses in between the vocals which sounded kind of out of place or awkward. For example, "suki to-ote mienakunatte" and "anata wo kizutzuketaku wa nai yo" started a little bit late.

The last line, "azayaka na mama" was also too sudden, a little bit too fast. Try using your head voice for that last line to bring an end to the song as songs are like stories. There's the opening, climax and ending where the ending is the calm part.

YEEEE TITAN COMMENT  :inlove:
Thank you so much for taking some of your time commenting on my cover! <3

hhahah omg i have no idea! I cant mix a thing for life x'DD so i really, reaaaaally appreciate your compliment omgfkjgh  :shyshy:
And also, I don't even know what to say to your comment ; A ;
THANK YOU SO MUCH!  :shyshy:

The 'kowaseru, kowasenai' part, I kind of did it on purpose x'D
I tried to get as close as the original and since I was following the dj-Jo remix version, I kind of put it low on purpose ^^'

Finally, I totally agree with you about the last line, it's too sudden xD Maybe I should've been more soft, but I feel the original song is also quite sudden? I don't know, but you're totally right about it, it feels rushed ; u ;

Once again, thank you very much for all the critiques!

newest cover, a gift for the youtaite secret santa!
im sorry i keep deleting covers, but i end up rushing so much i screw up ; A ; i'll try to avoid it in the future!

happy new year everyone!
here's a new cover, i hope you like it ;3

and i've been on youtube for a whole year!
new cover! 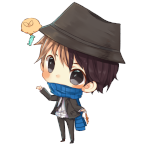 Your cover of "Eeh? Aaa, Sou" is really good!!! Well, I've actually never really heard that song before much.... I like how your voice sounds in it though! You don't sound flat or sharp or anything, and your voice really fits into the song. Well done!

here's my latest cover, Death Parade's opening song ;3
hope you like it!

(re-recorded some vocals i wasn't happy with and reuploaded)
more dandan x'D
comment/critique?

Pronunciation needs some work. I really like your vibrato and the harmonies.
The mix also needs work. The instrumental is rather quiet. I'd also boost the vocals around 7k-10k hertz a bit for more clearity. 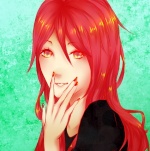 whoaaa omg thank you so much!
omg my mixing is always horrible since im like zero theory and everything about ears which apparently aren't very effective x'D but i'll try to do so in my next mix ;3 also, thank you for the tips, i'll try to improve!

once again, thank you so much for taking the time listening and commenting!

Your voice is so nice （ ｉ _ ｉ ）, I'm not a mixer but I think the instrumental needs to be more louder(?)
Anyway! It's a very nice cover :c 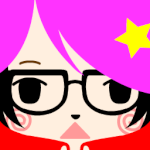