Heeeey, you did Ikanaide too! I looove it! I think your voice compliments it quite nicely. ^^ I've always liked female vocals with that song. I also love the harmonies!

ikanaide is such a lovely song ajdha
thank you so much for your comment, it really means a lot to me! im you fan you know (°▽、°)

and omg you complimented my harmonies, it was the first time i sang harmonies jhakjahdk THANK YOU SO MUCH AHAYUJSA

And here's my latest cover!
I won't rest until I sing all night fever songs ;>>>

YES. NIGHT SERIES. XD YOUR VOICE SOUNDS AWESOME WITH LILYYYYY. I love it!

thank you so muuuch jsdhdfe
i should, but i came way too late so the nice songs are all done -nana feveeeer ;<<<

but on a more serious note you're great ;u; keep up the work ~~~

my latest cover after almost three weeks i think?
one of my favourite songs!
enjoyyyy~
feedback appreciated ;>>

Do like! Great job on the song! This one's one of my favorite Night series songs. xD

Sooooo feedback! I noticed the beginning timing-wise was a bit laggy though? Up to about dare mo @ 0:35. Then a little bit again after that until the first chorus. The last chorus lags at some words, too, starting at 2:38 (ex. kowaga-tte; nara-ba @ 2:47).

I would also recommend starting with less power and gradually building up. It sounds like you're going at about the same amount of power throughout the song. I like what you did with the slightly softer voice right before the choruses though!

i think this song is so underrated ;<<

holyy you're totally right D:
i suck at timing the songs (probably because that's what i dislike more about mixing xD)
and 'to help' i have this problem where i start singing and the music goes and i end up making the words longer than they should be orz and if the music has no percussion in some part, then that's the end xDD
i'll be more careful from now on, thank you so much for pointing it out!

and omg thanks for the idea! i end up singing with 'power' because im really afraid that my voice cracks (which happens frequently, tbh xD), and after listening my lily lily cover i also got the impression it ended up being "flat" D:
once again, thank you very much, i really appreciate all the critiques

and thank you so much also for the compliments! i hated to sing harmonies because i didn't know ho xD but now that i understand a bit of them i ask myself how could i record without harmonies, they give the song a completely different 'face' D:

oh yes! ;b
i plan to sing all of them eheh
so far i also have 'megu megu' and 'ia ia' recorded and 'luka luka' is only missing harmonies, but i've been procrastinating in the mixing x'D

from all i sang until now, 'nana nana' was for me the hardest ; w ; but the 'zola miku' one will be tricky too, i believe, since it's the one i heard only a couple of times xD
but i hope i can do it eheh

and here's my last cover ♪(๑ᴖ◡ᴖ๑)♪
I'm aware this time that some of the lines aren't exactly in line and it happens because I sang them together and I rushed some part or another ; w ; I hope it isn't very noticeable though ;))
Thank you for listening!

Aweeeee your voice~
I like it the way how you sang~
Nice cover~ you somehow so cool ~! <3 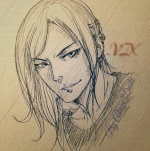 AAAAAAHHHHHH THANK YOU SO MUCH <3
i really appreciate you took time to listen to me ;3
thank you (*´ω`*)

I like your voice! Quite powerful, great tone. Looking forward to more covers!

thank you so much for listening asdhaks
REALLY TAHNK YOU <3

latest cover being drowning in exams and responsibilities and all of that
enjoy and critique please!

ahhhh i love this song so much!!! nekoboloooo (´ω｀★)
i love how the power in your voice is consistent throughout the whole song; it's lovely! great job!

...i can't do this critique thing omg i thought it was lovely cries 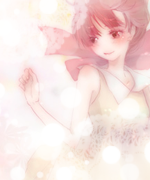 awwwwwwww you're too sweet asjdsa

latest cover
im not used to sing this low ; A ;
please critiqueee