So we all know weaboo's right?

So we all know weaboo's right?

Any of ya'll have any weaboo horror stories, i found a blog on it and found it interesting...anyone maybe want to hear the weaboo's i met at the mall that one time i cosplayed gumi..and how wrong it went? 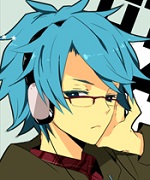 Alright,and I got to admit they can be.but sometimes they are just scary.
So i was at a con this year, i don't remember the name sadly,and it was my first con. I decided to do some Panda hero gumi with my Friend who went as A panda hero Miku. so we were doing the the normal con things and talking to some other cosplayers when i decided to go and buy a few pins for myself.
So as I was buying them i got glomped by a random person..or weeb honestly. And honestly i have no problems with hugs and such,but a glomp out of no where is a no.and what's worse what that i got knocked over by the person and ended up losing my money bag also.Yea..first con didn't go perfect,but atleast for the second and third day it went pretty smooth. Sorry if i'm bad at telling stories..but yea that was my experience with a weeb...

ohhh. My experiences were less physically damaging but more kokoro-enraging. Mah, I'm a pretty hardcore Japanese VA/sub fan, so I can pretty much sum it up as...

Anyway, other than that, it's people who can't pronounce Japanese properly or use the language really casually and badly.

AKA people saying NaRUto or KOroshiTSEji. *BRRRRR* THAT HORRIBAD PRONOUNCIATION.

oh gosh, personally i can't speak Japanese perfectly. but i can sing it pretty well..there's a weeb at my school and she tries to sing some vocaloid songs and oh my god...

As long as people with such a pronouncation don't pretend to be fluent in japanese, I'm fine with it.

I think I'm lucky since I never met a horrible weaboo in real life but the internet is a different matter. Some radical fangirls can really ruin your day if you don't like their favorite character. Or like the character they hate the most. 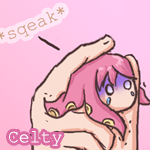 So one time someone told me that I don't actually know Japanese because I referred to Germany as 'Germany' rather than 'Doitsu'.

As a third-year Japanese student and translyricist, it was fun trouncing them when they challenged me to a Japanese-off. ouo

Seriously, though, I sometimes use weeaboo vernacular, but it's always ironic. ;A;

those people are my favourite lol

i was friends with this girl online that had another online friend around my age (20-ish), that claims to know japanese, she even has on twitter she speaks it. once i came across her vlogs on youtube and omg one of the japanese videos is so bad it made me cringe and i don't know much japanese x'DD

it can be seen clearly she is reading from a paper or something, as her eyes come down a ton of times and it's probably the romaji because she makes pauses in the middle of the words xD
it made me laugh really hard because she still says she ""knows"" japanese xDD

in another one, she speaks english and she added japanese subtitles, but they are very "translator"-like (tons of 私は, 私が, etc) xD

this article explains it

i really, really dislike weaboos >___>  i've heard arguments that weaboos shouldn't be made fun of, cos they're just really into a different culture and it should be flattering.

in my opinion though, it's one thing to be interested in another culture, want to learn the language, etc.  it's a another thing to pretend you're an expert when it's painfully and blatantly obvious that you're NOT, you keep throwing random japanese/chinese/whatever other language words in the middle of sentences to "show off" your knowledge of the language and/or you keep insisting that you're asian or that you want to be asian and you're just making an utter, complete fool of yourself.

I've been fortunate to never encounter such horrific weeaboos, but I imagine I'd be very exasperated if I ever met someone who is obsessed to Japan to the point that they think it is perfect and want to be Japanese themselves and constantly add Japanese words without bothering to seriously learn the language. -_-;; 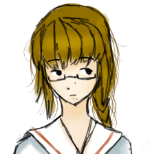 i have this underclassman who is always calling me senpai this and senpai that. and she kept saying "you're so kakkoii senpai!" "that's so kawaii!" "that bishie is so cute! kakkoiii!!!!" "MEGANE MEGANE AAAAAAAAA" girl if you call me senpai one more time i will slap you

then there's this other underclassman who is (i guess) has a crush on me and he's all "senpai you look cool in that" "senpai you're so cool" "should i call you midori-senpai?" no way i will smack thee

it's not that i have a problem with weeaboos in general, but if they do 'it' too much, it tends to get on my nerves. usually i just nod them off and ignore them, rather than replying with anything that would definitely not make things better for me... 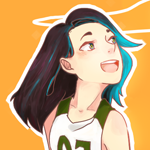 I think people are all going against weaboos too much.... I mean, I personally think it'd be awesome to be so excited about a certain culture! What if a person came to your country and was all like, "___ is so awesome! I love this place! Woohoo!" and was like, eating some stereotypical food and all kinds of stuff. That'd be freaking amazing!
As for bad pronunciation, well, I guess people who aren't familiar with the Japanese language can't really help it, can they? And even a lot of Youtaite seems to have American accents in their songs. It doesn't make them bad, it just makes them sound different than how it's traditionally said, that's all.

Well...I don't mind them too much, I'm actually really happy when they're excited about a culture. It gets overboard when they get totally biased by it and appropriate themselves to a culture though.
Examples :
"I will live there and get married to a Japanese person" (and get completely turned off when it's not),
"I will become a Japanese person and live life like they do",
"I will style my hair and dress the same way they do in animes",
"I wish I was born Japanese",
"I would only hang out with you if you were Japanese",
"I only use Japanese products",
They get offended when you say something bad about Japan even though it's true but they completely deny it.

Well of course, I exaggerated quite a bit (but you get the idea). I wish these people would wake up and appreciate themselves, their own heritage/culture and others a lot more :c 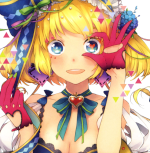 IRL, some of my friends are weaboos. They don't show it much but you can tell. And not to mention almost all of my friends (not only the weaboos) call me 'senpai' LOL. No, I'm not kidding. I actually took an exchange program to Japan for a year and had to repeat school and basically I joined my juniors now. At first they were just teasing me by calling me senpai or even sensei, and in the end they stick to calling me senpai because I am older than them. It feels weird at first but well, it's not like I hate it LOL.

Usually my friends only use Japanese words for jokes, so I'm fine with it. Oh, one day though, my friend just arrived at the class, saying "Akan, akan, akan!" repeatedly and since he said it with low voice, not everyone could hear him. I realized he was imitating the girl in SKET DANCE because she was speaking in Osaka dialect. Anyway, 'akan' has the same meaning as 'dame'.

Talking about weaboos in general, I find it kinda funny and could be annoying if overused. It feels off when people saying Japanese words but not in the right intonation. And it's also weird to find people writing Japanese words on the internet using alphabet letters. I always find it in Youtube comments for example.

While I don't personally hate it, I just think it's weird to speak some Japanese words during conversations instead of the local language. 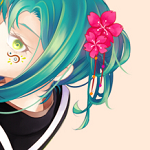