Audacity is making me mad

Audacity is making me mad

Everytime i'm recording my singing, when im finished and i click stop, my recording track shifts over to the left a tiny bit and makes it out of sync with the song..

And its not even the whole track that shifts over, if you get what I mean.. Something goes wrong as it gets further into the song.

My recording would start perfectly in sync, then by the second or third verse of the song my recording starts to be a little ahead of the song, when i know i sang in sync with the song..

I made sure I was singing as in sync with the song as I could, but when i hit stop you can literally see it shift over a tiny bit

Anyone know what in the world that is or how or fix it?

It happened to me... But my track goes either faster or slower than the backing track. What I advice you is to actually record different verses differently, and then you see that little thing:-

Yes, the one I circled. You can click on that button and shift your recorded track where it sounds in sync with the backing track. If it doesn't work, or you can get a perfect spot - zoom in and try again.

Aww I was making diagrams and everything but you responded so quickly >.>

But doing verse by verse and then adjusting it is so much more time consuming..But whats gotta be done has to be done, eh? Thanks Chou ^-^

Well, it is time-consuming but it helps. :3 But now my Audacity doesn't do that. Maybe you should install another Audacity? Idk. But the way I mentioned and advised you would work wonders as well.

I have the same problem too.. after I play back my recording, I notice that it either starts either too early or too late, and that effect occurs all throughout the recording, like some parts became too fast or there is a small but noticeable amount of silence between words.. the best solution I came up with other than recording in smaller sections is to manually delete and create silence in between the different parts of the song.. it's time consuming, but the results are usually better, at least for me. I tried recording in small parts, but that just messed up the flow. >.<

Is there another way?? I also tried re-installing Audacity, but it didn't change anything.. 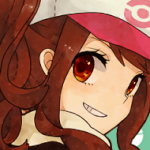 I guess that's the way, Elianti. It can't be helped because my Audacity is fine now. D:

The lag is normal - it's known as latency. It's the time it takes for your computer to respond to the sound being recorded. You have to take into account that the computer first has to process the sounds being recorded, and then convert it from an analogue signal (the recording) to a digital file (the wavelengths you see on the screen, basically, a digital format the computer can execute).

As such, a delay between the actual timing you record and the timing that appears on screen is absolutely inevitable. Even if you have the most amazingly fast computer and are running NOTHING other than the recording software, there will still be a fraction of disputable time difference. Some computers process faster than others, so in some cases, the latency is a lot less than others, even negligible. In my case I always have a small amount of lag - enough to make it sound like I took a pause while waiting for the prompt to sing, rofl. I don't mix in Audacity though, so what I usually do is just export everything and then re-time it in Audition :'D;;

So yeah, basically, just shift the track up a bit, like Chou explained. If you want to sing everything in one go, you can still do that - just shift the entire track up by the amount of delay that has happened.


@Elianti: That might be caused by your computer being too slow, or running too many programs at once (basically, your computer not having enough processing power - recording uses up a ridiculous amount of resources 8D). It MIGHT help to change your file frequency from 44100kHz to 48000kHz - I think that's what some of my friends did to fix the timing issues. I'm not too sure how else to deal with that issue since I've yet to personally experience it O:

Mannnn I type too much, and I bet no one understands my nerdy stuff anyway XDDDD -hides under a rock- 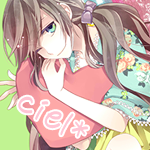 Thanks for the recommendations, Ciel. =) I think it happens because my computer is filled with stuff. XD I tried uninstalling some programs I don't use and closed all of the windows except for Audacity.. that helped it some. Thanks!

What you wrote isn't too hard to understand.. Or at least I don't think so. ;D