She's really pretty and her voice is just beautiful<3
http://sbsat.co.kr/vocaloid/index.html 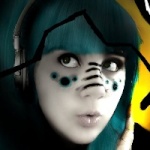 I've have listened to her demo over and over and I just think it's great, she does sound really realistic and I love the fact that KKUEM did the art for her!! I don't know if KKEUM also designed her but I really love their work!

Anyway, I'm expecting SeeU to shoot up my favourite Vocaloid list based on her demo. : D

Can't wait until she's released to see how producers will work with her. : D

Expected release on the 30th September I believe
Just 3 days after my birthday!! 8DD 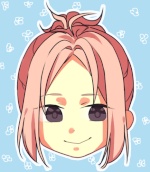 Honestly, though, the fact that they are going from language to language is amazing and the technology has improved so much. She sounds amazing.
She reminds me a little of the UTAU Luna Amane with her design. 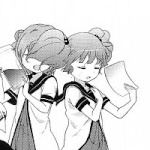 I like vocaloid song, but not much of the vocaloid character.. Gumi was my favourite coz she almost close to realistic singing. But then this comes in

I think SeeU became my fave.
Good i took korean lesson... i understand the lyrics on the song 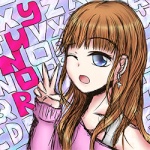 SeeU really sounds realistic and her demo is so catchy! Her design makes me think she's a tsundere XD 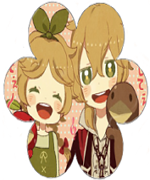 I've heard about her 2 days ago, I thought she was just amazing, especially since I like K-Pop songs too, so it's really fascinating for me >W<
The design of her costume is pretty cute too O///O

I really like SeeU u3u
I am very interested in her K-Pop songs
I don't really know why, but she reminds me of Yuki...

The design yes kawaii~
Is that really her voice? It's almost unbelieveable..
The first thing I look at the demo, I thought it was one song from korea and put together with the pic..
Is that really really SeeU voice?

Ahhhh she is so prettyyyyy <3

I really love SeeU's voice and design *o* I heard her when the demo was released and fell in love with her voice.. Then her design i was amazed lol 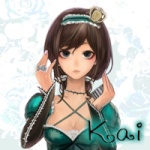 OMG LOL YEAH i saw her demo 3 days right after her demo release xD I was like WTF !!! -rage- MAKE SOME OTHER MULTI LANGUAGE VOCALOIDS LOOOOL PLEASE MAKE SOME VIET, CHINEESE ( is there one ? xD ) OR OR LIKE IDK PHILIPINO XD OMG LOL we need more of these amazing hawt vocaloids. But i do desperately want a viet one

Actually, in the demo song her voicer sings with her, that's why it sounds so realistic xD;

Anyway she is pretty cool. Love her design. <3 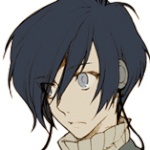 I love SeeU's demo so much! She sounds so realistic, and I love how she has a quite unique look to ker compared to all the other Vocaloids - at least it feels that way. I can't wait until she's released and see what people do with her voice bank. 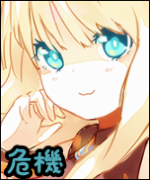 Keiichi wrote:Actually, in the demo song her voicer sings with her, that's why it sounds so realistic xD;

Anyway she is pretty cool. Love her design. <3

I've been wondering if anyone actually has hard evidence that the rumour is true. In my opinion it's obvious that her voice provider is singing in the background when comparing it to the second demo, but I guess it's nice to have evidence.

If the rumour is true, whoever made the song was using a good marketing strategy. After all, "first impressions last."

Regarding SeeU herself... I'm not sure what I think of her voice bank yet. The first demo obviously was great, but the second one didn't really catch my attention too much. I'll have to wait for her release and more songs to make up my mind.

Her design is very cute though, and it appears to be a hit with most people. On the first day her concept art was released, after some hours there were already 3 pages of illustrations featuring her on Pixiv!

She sounds like Miku = - =;;; Her new song Run was poorly put together, its just really plain and emotionless. I hope they do something with her voice or find a better tuner.

Her I=Fantasy debut was good though ^^

I prefer Usee//Sawu//Seemii though <33 -genderbend to SeeU- 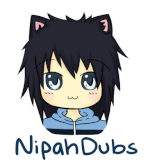 NipahDUBS wrote:She sounds like Miku = - =;;; Her new song Run was poorly put together, its just really plain and emotionless. I hope they do something with her voice or find a better tuner.

Her I=Fantasy debut was good though ^^

I prefer Usee//Sawu//Seemii though <33 -genderbend to SeeU-

I personally don't think any Vocaloid sounds like another. They all share the attribute of that robotic voice, but I think you can still easily tell the difference.

It takes quite a lot of skill (and time) to make a Vocaloid sound like they have some emotion, so I must agree with you on the 'emotionless' part.

Her voice is really smooth and nice and she has a cute design (which I agree with AMESHI, reminds me of Amane Luna).

Didn't company say that her singer was singing with her? To be fair, why do you need evidence? It was evident going by the demos.

I have to agree that she does basically sound like a Korean Miku and I honestly don't like her voice bank. The first "demo" was impressive but the second, in comparison, will lose her quite a bit of fans I think, because people were expecting this oh so amazing voice then the second demo just shot them right down. I know ALOT of people who were very disappointed. I wasn't a fan of her to begin with but...meh. I'll just stick to my lovely Vocaloid 01, Meiko, thanks.

(By the way, @AMESHI, Meiko forever!! She deserves so much more love.)

I've known about her for awhile now and love her so much. I'm almost finished making her cosplay actually ^.^' I loved her first song and though her second song was alittle bit of a let down I actually seem to like the second one better. It's cute in my opinion. I used to be the Miku cosplayer in my vocaloid group but now they need a new miku cause I took the SeeU Spot ^.^'

And to add. Her 3rd demo song "Never let you go" was just terrible. The person who made the song made it way too low for her to sound good. I have faith in SeeU She has soooo much potential I hope she doesn't lose too many fans because of her 3rd song

I lost the interest in second song. It was a big let down like Amy said.
They should make better songs which suits her !! I think her 'voice' was really nice.. Just hoping there would be better composers and all.