ok i keep getting this wrong....

ok i keep getting this wrong....

so i was singing world is mine andme and my friends would ALWAYS get this part wrong and its already been a month and we still screw this part up anyone willing to help? xD

when there is a double T ( tt ) , you need to either "pause" kureta_tte
or
have an extra sound ka-A-tte ( This usually applies to singing. I'm not sure whether it applies to speaking LOL! )

when there is a double T ( tt ) , you need to either "pause" kureta_tte
or
have an extra sound ka-A-tte ( This usually applies to singing. I'm not sure whether it applies to speaking LOL! )

kuretat-te is how it is "spoken". Since double T's くれたって are an accent to hold the t's. But yeah, when singing the lyrics, they hold the vowel before it more. 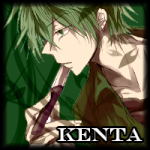 well i get that now...but the music goes by so fast i just stutter lol

Keep trying!
What I do is that if I still cant catch up, I'll stop the music and try to say it slowly at first.
Then when I'm ready, I try to sing that phrase without the music.
After that, I'll try it with the music. If you want to compare the "speed", you sing it together with Miku or any other nico singers' cover.

usually mute the one im not using...

I think I know what your problem is,
this part has tricky timing and pronunciation but once u have it down it'll be a breeze, ok this is how the syllables are split

notice how in the iino part the 2 i's are separated and the first one creates its own syllable while the second one forms a syllable together with the no, this type of things are prevalent but become easier once u get more accustomed to singing in the language.

Also, I suggest when you're ready to record, imo it is better singing along with either miku, or a nico singer (preferably the nico singer) so you get the pronunciation and the timing correct and without hesitation, but make sure u have the volume down so that you can hear yourself while singing (to spot off notes and bad timing) BUT also hear the original for the pronunciation and timing, also, this version might help you understand the pronunciation better in that espefic part you're struggling with.

Hope this helps you

omg thanksss kumba! i can get part of it now xD
though singing this with my 9yr-old like singing voice bugs me xD