Since the title was too long, and so we have a english title, the original manga by Fujiwara Hiiro, "Kaichou wa Maid-sama!" was turned into an animated series entitled, "Maid-sama!"

Fufu~ the animation is lead by J.C. Staff which also did some animation for Shakugan no Shana. The only thing I didn't love in the animation was .. "too" colorful, and bright. It should be just the right amount of colors together but overall it is great.

But (in our area here in Philippines , we don't have AniMax). . .. but I found some places to download episodes more advanced and faster than the airing in T.V.

How 'bout you guys? After the manga will continue some chapters (because it's like on hiatus now right?), what do you think about the first and second episode so far ? 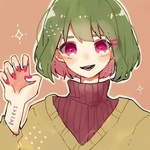 I totally agree. The episode two is out but only in RAW. But, I kind of understand a quite bit of it. XD Somehow ..

I only saw the preveiw pic in the manga series. Is it ggoood? I need to watch it. Maid-sama is like my all time favorite manga so i have to stalk the anime too!!! 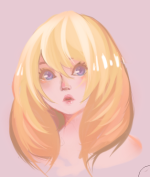 -shot-
Just PM me. The episode 2 is already available on the net (Hell I don't know if AniMax already aired episode 2 -shot-), but episode 2 is still RAW , no one has subbed them yet. I'll give you guys the link to download when episode 2 is available in subbed.

Of course the anime is good!

Usui is so cool as always, dashing

I'm currently watching Maid-sama as well (since I have to blog it for my anime blog anyways)~ So far, so good. I like how JC Staff usually stick to the manga material for shows like this. ^.^ 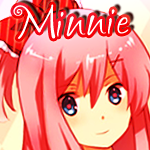 April 9 was the date of it ._. I am sooo~ busy lately *sighs*
Well, for me, (as an artist? D8) They should balance the colors well,
not to bright or what since, (only for me again) it kinda hurts my eyes.

Personally, I think their character development is a little... Cliche. .__.''' Seen too many of those characters. Those type of characters no longer interest me...

Being honest. Although the artwork is kind of pretty... 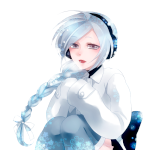 I stopped watching that in episode 16 I think.. I mean.. manga's artwork is better than the anime.. but the background is a bit blurry;;
but still reading the manga..

I've watched 25/26 eps (waiting for the last one) and at first I was kinda of impressed c'ause the animation was very good and I liked the characters. Boaring plot though and all the anime gets quite boring after the first 10 episodes.

I like the manga better ..The arts are awesome there.....Usui is a such a hottie!!...Anime isn't that bad either!!!!.....But mates don't mind i really hate the opening song

Yay for mad-sama!
I havent read the manga, but I finished the anime, I can't wait for the new season to come out 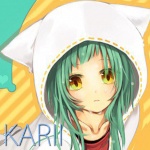 I loved it
i still like the manga more though

i remeber all of the funny times :D I was like in 5th grae when the anime came out