hello hello! the name's riri, and although i don't have too much time to upload covers frequently, it's something i love doing as a hobby. i usually write my own translyrics, but i've also been meaning to do a few more japanese covers. i sing a mixture of things in line with my own musical tastes -- jpop, vocaloid, and stuff from old anime is mostly what you'll find. i haven't been keeping up as much as i used to, but i'm also really into akb48 and its sister groups! probably won't sing those solo though, since they just don't sound the same
anyways, i'll be posting my covers here and would really appreciate any feedback whatsoever! i mix my own covers in audacity, so any tips about anything that sounds off in that area would be great too.
channel link
some of my covers were meant as gifts, so i didn't put as much time into perfecting them as i could, but here are two that showcase my lower and higher ranges pretty effectively! 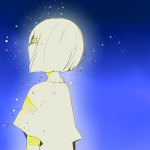