Help me with my first cover (or two)?

Help me with my first cover (or two)?

Heyo! I'd like to basically be hand-held through every step of the way for my first two covers. Only one is a cover I'm actually going to be uploading publicly, so I'm going to be less strict on myself for the private one.

These are the recordings. They haven't been mixed whatsoever, not even noise removal. I'd like to focus on what to do/improve for the recordings themselves. Now see, I've been trying to cover these two songs for nearly a year now, and each time I tried a recording session they'd take up a full 8-something hours straight at the least.

https://soundcloud.com/leafii/renai-saiban-recording/s-5nYYp
Requested by a friend for her birthday present back in January (but I was practicing it before then). Waay overdue, obviously. I won't consider this a legit cover since I don't have all the other creative aspects for it thought up, even.

https://soundcloud.com/leafii/city-of-water-raw-vocals/s-yVQrd
This is what I want to do for my first actual cover, but as it happens I picked a hella hard first song to do, ahaha. Not budging on this though, the illustration for it is done and I've poured at least a full week of my life into this.

It's really high-pitched and since I need to mix it, I deliberately tried to make my voice clear for it, but I think it's a shame to not make the vocals sound more gentle and breathy since that fits well with the song, but then it probably won't mix well into the instrumentals and sound all amateurish. I'm not sure if I should maybe bring the key down or something and redo the song, or what I did here:

https://soundcloud.com/leafii/city-of-water-instrumental-whisper/s-DqbKD
I added a second set of the same exact vocals that I tried to sing more whisper-y like. By the time I got around to doing this, it was 2 AM and I'd been doing this recording session for two days straight, so forgive me for just throwing my hands up and going, "Whatever, it gets the point across of what I'm trying to do".

See, it's taken me so long to do a proper cover because recording takes me forever and I'm still not able to get it right. I did give up on fixing/re-retrying recordings after the last two days, but it's also because I realized that if I've been doing this for over 26+ hours altogether, trying and trying again on my own was not going to fix anything.

There's also more specific problems I have with recording, like timing and properly warming up. As I've said, been singing these two songs on repeat so many times, that no, any more practice is not going to help with timing on them. Meanwhile, I take about two hours to warm up. 45 minutes to do googled/youtube'd exercises, which usually don't seem to do anything at all, and then another 30-ish minutes to randomly sing through songs, which usually works better. Then I rest and don't sing anything for a while, and go through another few songs. This still doesn't always guarantee that I get a clear recording voice good for mixing into instrumentals. I've also noticed that the songs that usually activate my clear (I suppose more head voice?) voice are the belt-y ones. I think it's pretty obvious that common exercises like octave scaling and lip trilling don't do anything for me, though.

I know part of the problem is that my voice is naturally just light and breathy and not suited for mixing into heavy instrumentals, but I know I can get it to clear up sometimes (apparently just not with all songs). There has to be a way of getting into that voice for sure and not just letting hours of warm-up-attempts go to waste. As it stands, I can't just record whenever I want to even if I have free time, it feels like it's all up to chance.

Help, please? I have so many problems with recording, it frustrates me to no end and I don't think I should worry about mixing until I get this part addressed. I will be bugging y'all for mixing help and liveblogging later, though. 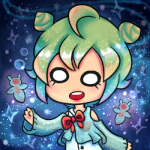 hi~~ I don't think I'm really qualified to give much advice hehe, but from what I've heard your voice is lovely and very clear! I get what you're saying with the warm up thing, I have the same issue. Most of the issues I heard can be fixed through mixing, which is a whole other world in itself... but regardless your voice is really nice. Just remember... we will always be our own biggest critics, so don't be too hard on yourself! 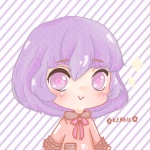 I agree with keagie that most of it is just in your head(you sound great to me) I think you've been working on it so hard that it is hard for you to judge it objectively so you always hear a fault that's not there. maybe after recording take a break from it for a couple of hours, and go back and listen to it with a clear head and go from there.  especially since you can always add harmonies etc and effects during mixing to make your voice sound more appealing

Its better to work smarter not harder, so if you've already exhausted yourself from warming up/practicing you'll have less energy when going in to record. if your going to practice for a long period of time i would say do not record on days that you do that(if you can help it) and only warm up maybe 30-45 mins max on the day you do record you don't want to tire you voice before you even get started!

also don't take not having a heavy voice as a bad thing! I have a lighter voice too and there are lots of good things about having a lighter tone

choosing songs that flatter your voice will help you not feel so anxious about not being able to fit a song(although personally i thought both of the covers you did, fit your voice really well) and there are many ways to help your voice sound Heavier than it is 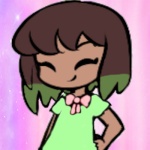 First off, I must say that as far as 'clear' goes, your voice is very clear, at least to me! I mean, maybe our definitions of 'what a clear voice is' are different, but to me, your notes and words sound very clean and you sing confidently, which in my opinion makes your voice sound very clear. ouo and I agree with keagie, your voice really does sound lovely regardless *^*

I also agree with most of the issues being mixing-related. From what I heard from the raw and instrumental-ised versions, your voice sounds pretty fine to me. It suits the song, and you're not overpowering the instrumental or anything, if that was your concern (I say 'overpowering' not in terms of volume, but more of your attitude? lol I'm sorry if I'm confusing/shot). I do think that the addition of the 2nd track in the back (the whisper-y one) was a good choice, the subtle layering works well for this song ^ ^

Mixing-wise, I suggest maybe a few volume tweaks, and maybe adding a little bit of reverb to make your vocals blend in a bit more? Because honestly, I think your voice sounds absolutely fine, you just need a little mixing, that's all.

About the recording-problems: To be completely honest, I'm exactly the same OTL" especially the fact that somehow I feel like it's all up to chance and I can't really record whenever I want either ;;

about the timing, maybe it's not an issue with your singing itself but your program? I use Audacity, and I had a similar problem a while back (something to do with latency), so maybe it's the same case for you? o.o 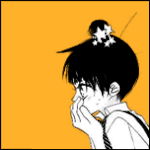 Thanks a lot for the feedback! I really appreciate it and being reassured that I'm not as terrible as I tend to think I am, haha. Guess I am pretty hard on myself.

I'll be getting back to working on the covers once I'm done my next set of exams (in about two weeks), so I'll try to keep it in mind to take it easy next time.