Hi everyone, I sing Japanese nd English songs and stuffs,

all the english covers I do, I write the translyrics myself, sooooo I figured why not share them :'D

When I was but a small child, I would always look outside
At the scintillating lights, wishing I knew where they'd hide.
I know far away from here into a new bright future,
there is a colorful world filled with legends and wonder.
Through the shadow filled tunnel, embedded with sparkling stars,
The echos of the light's trails are streaming very far.
Tell me when will I see you? Please tell me where shall we meet?
As my gaze drifted towards you, your warmth were escaping me.

The starry sky it shines so bright, bringing back memories once shaded
Ive known you for so long, yet the colors of your words have faded

As I sigh the moon spins in, its circumpolaric light
Ive lost sight of all the words from our childhood's delight
I see my former self cry,but thats something I cant show
When I find Ive been betrayed, I just pretend not to know.

I used to think life was carefree, filled with brilliant dreams which were beaming.
But maybe I believe that the colors of my path lost meaning.

The tears streamed from my eyes in long abundant wealth,
In this darkness I cant seem to hide my shimmering tears from anyone but myself
In the pit of my heart I had a dream and saw you, but I could not find the words to tell you
"please, This can not be how it should be, I want you to be beside me."
My heart is rushing to you from beyond the planets,
lighting a path crossing suns and moons galore
I wish you could be here with me, we'd achieve miracles in unison once more

In a dark place inside my mind a weakened voice and a heart so shattered
why do all the words you say rain down on me and leave me so battered?
I met you and fell in love but your love was nothing but a lie
hatred hatred hatred hatred
I cant hate you but I dont know why

The dirtied shattered pieces of all my sorrow
became a star so bright shall i meet you near or far?
My happiness is fading silently
with loneliness there is always pain in the end
Ive waved to you trying to get my message to send
Ever since the day that we first had met

Dying dreams and crying voices call out
Ive been in this place so long while I just scream and shout
When I try to reach for you, you leave me for someone new
You just dissipate from view

We watched the stars in total bliss, their countenance reflecting the window like a kiss
and while we had this moment together,  it felt like we were there forever
It was so peaceful, it felt like time had stopped
When I told you, I loved you I pretended not to here
Please dont say you dont feel the same way, for this is my fear.
Whenever I am by your side, my orbit achieves circumpolarity, never to subside.
As if tremolo begins my thoughts quiver when I hear your voice
I long for you, I want to be your choice.
Somewhere, somehow, I think that maybe I have lost my way
I wont stop for I know I'll have your love someday

Hold me close to you, we're together or alone, catch me as we fly over Denebola
Not trying to be selfish, I just want you to be mine, so stay by my side
And chase me through the night, panorama in the sky
Shooting stars on music scores, make the night so bright
Now I sing this song for you, cuz you shine like a star, SPiCa

I know I always want to smile, with you I am never alone
When Im with you I feel worthwhile, please make your feelings known to me
Waiting, and hoping I, stay up all night, wondering what, you think of me.
Flaring incandescence lighting up a path for me
Dont look back at the harmful past the futures the key

Looking at the sky letting out dejected sighs
your name escapes my hushed lips
My mood further dips because I know my superficial love will never reach you
Can we ever be true my dearest?
Thinking of you I play the piano but all the notes
Come out bittersweet, tearing me apart but then they turn to blissful tunes they resonate our hearts

Hold me close to you, we're together or alone, catch me as we fly over Denebola
Not trying to be selfish, I just want you to be mine, so stay by my side
And chase me through the night, panorama in the sky
Shooting stars on music scores, make the night so bright
Now I sing this song for you, cuz you shine like a star, SPiCa

In the shadows beyond town, a desolate castle is found
My sighs are drowned by the rain, none shall understand my pain

Im nothing more than a caged baby dragon right now
I scream and roar with my hoarse voice to the wind,
but I can't free myself, freedom these chains won't allow

I can only imagine why they've chained me here
Their cruelty towards me over the years makes my anger rise
and I know my vengeance is finally near
I refuse to just decay at the end of sin for living~!

I wont be just a caged little dragon anymore
I have been waiting for this day. I've been unbound. Because I swore
I’d spread my wings and make them suffer for the trust in me that they had betrayed
I’ll burn everything in sight and fly away

Each time I fly over the burned remains of their dreams,
I’ll always remember their pained screams~

Time passes like a facade, as I recall the past
As if repressed memories, the pain lasts
Its so quiet now that the laughter has surrendered to the silence I just dont know why
Im doing my best, not to cry
Had I known that our times would end in such sorrow
I wouldve let go of the painful tomorrow
Voices I long for are stifled by my fears
I hate being alone
Even if I were to realize why theyre crying,
if I could realize why the worlds pain is underlying
No matter how I try, I know I'll never forget in anyway the meaning behind these days.

In my everyday life, as tears begin to flow and distort my sight
My timid voice will sing and grow in todays light
As this monochrome night passes through I can feel it moving within me
Those feelings I thought lost, will move again hopefully towards tomorrow.

If each rebellious day forced my lonely aria to be cried out at night
I wont forget to bring the strength that still helps me to fight
Turning my feelings into a song, I cant help but connect to the words I sing
Even if your feelings are pained from the past hurt that it brings (hurt that it brings)
Even with all the hurt that youve felt, and all the anguish you've had to go through
The courage youve gained will make you happier and help your passion to continue

Its time to start a world youve never encountered before
Go on and live those dreams because you know you want more
Cmon lets fly and even if youre not sure at all
Hey just dont worry you'll get there surely.
Just hold on to the victory that is to enthrall.

As long as you cut through the obstacles forcing you against the wall
Even all your mistakes will become your wings dont let them fall
In my uncertain life, I'll recklessly chase after the dreams that I seek
I'll face my fears and sing my songs and paint the way to show my dreams are unique.

Its time to shout, let everyone know youre here to stay
Make them come true all the dreams you were embarrassed to say
Its not that hard if you just learn to trust in yourself
Its up to you though Im sure that you'll know
That itll echo throughout this world

Towards the unknown of tomorrow!

Can you please tell me, Cant you tell me? The way its meant to be?
Who is this other me? Residing deep within?
In this fractured world, this dying world, obey what they demand
I see you laugh but youre too blind to understand

Im so unnerved, everything just hurts, nothings as it should be
Freeze
I'm shattered yet unbreakable, Im trembling yet unshakable
When I found you the world changed me

Dont look for the person that you used to know
A fading noone
I dont want to hurt you, Im not that person
In this reimagined world my condition worsens
Remember me as the soul that I once was 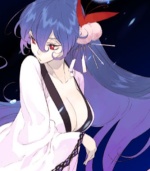 I listened to your SPiCa and Paranoia covers. I like your voice, but it is often hard to understand what you are saying.  Sometimes your voice sounds really quiet; this applies to several parts of Paranoia. The part of Paranoia where ‘hatred’ is repeated 4 times sounds odd due to mixing.

The lyrics are fine enough. However, there are several words missing from the lyrics written down when compared to your dub.

A suggestion, your lyrics have paragraphs but are very hard to sing since there is no clear distinction between lines.

EX your lyrics:
We watched the stars in total bliss, their countenance reflecting the window like a kiss
and while we had this moment together,  it felt like we were there forever

EX how I suggest:
We watched the stars in total bliss,
Their countenance reflecting the window
Just like a kiss

Your lyrics do not appear to follow the syllables at times. That is another reason why I was having a hard time trying to sing along with your SPiCa lyrics.

EX in SPiCa:
like a kiss
-has 4 syllables while ‘utsushiteta’ has 5

SPiCa did not really rhyme but Caged Baby Dragon and Paranoia did. I am assuming that your SPiCa lyrics are older. Perhaps you could go back and rewrite them and do a remake cover of the song if rhyming is important to you.

A couple of parts of your lyrics seemed to be worded wrong and had a few typos.

‘It’s so quiet now that the laughter has surrendered to the silence, but I don’t know why
Now, I’m just trying, not to cry’

Either way sounds more grammatically correct. I liked the scientific sort of words you used in SPiCa like ‘circumpolarity’ until I looked up circumpolarity and realized that when used in that tense, circumpolarity is not a word (circumpolar is though). So, maybe before adding endings to words, double check that the word can have the ending you want.

Overall, I think that your lyrics are really nice, though it may seem like I judged you harshly. You have a lot of potential~